ICIL 2014 is hosting
a separate session on 'Health Law and Information', chaired by
Professor David Frenkel

Javascript must be enabled to continue! 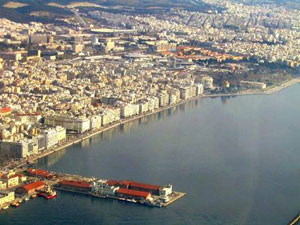 Thessaloniki (Greek: Θεσσαλονίκη) Thessalonica, or Salonica is the second-largest city in Greece and the capital of the region of Macedonia. Thessaloniki is Greece's second major economic, industrial, commercial and political centre, and a major transportation hub for the rest of south-eastern Europe; its commercial port is also of great importance for Greece and its southeast European hinterland. The city hosts an annual International Trade Fair, the International Thessaloniki Film Festival, and the largest bi-annual meeting of the Greek diaspora.
Thessaloniki is home to numerous notable Byzantine monuments, including the Paleochristian and Byzantine monuments of Thessalonika, a UNESCO World Heritage Site, as well as several Ottoman and Sephardic Jewish structures.

Read at TripAdvisor reviews and more information about the city of Thessaloniki. 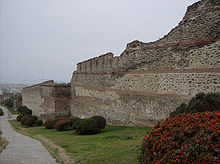 The history of Thessaloniki is a long history dating back to the Ancient Greeks. With the opening of borders in Southeastern Europe since the collapse of Communism in the early 1990s, it is currently experiencing a strong revival. It serves as the prime port for northern Greece (Macedonia and Thrace), as well as for the Southeastern European hinterland. 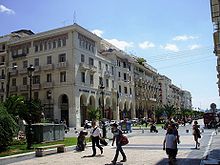 Architecture in Thessaloniki is the direct result of the city's position at the centre of all historical developments in the Balkans. Aside from its commercial importance, Thessaloniki was also for many centuries, the military and administrative hub of the region, and beyond this the transportation link between Europe and the Levant (Syria, Lebanon, Jordan, and Palestine).
Merchants, traders and refugees from all over Europe settled in the city. The early Byzantine walls were moved to allow extensions to the east and west along the coast. The need for commercial and public buildings in this new era of prosperity led to the construction of large edifices in the city centre. During this time, the city saw the building of banks, large hotels, theatres, warehouses, and factories. The city layout changed after 1870, when the seaside fortifications gave way to extensive piers, and many of the oldest walls of the city were demolished including those surrounding the White Tower. 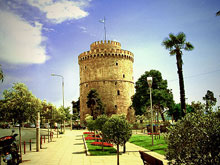 The White Tower of Thessaloniki (Greek: Λευκός Πύργος Lefkos Pyrgos), is a monument and museum on the waterfront of the city of Thessaloniki, capital of the region of Macedonia in northern Greece. Originally constructed by the Ottomans to fortify the city's harbour, it became a notorious prison and scene of mass executions during the period of Ottoman rule. It was substantially remodeled and its exterior was whitewashed after Greece gained control of the city in 1912. It has been adopted as the symbol of the city.


The Arch of Galerius 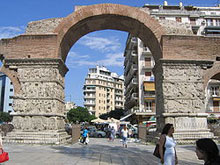 The Arch of Galerius, stands on what is now Egnatia & Dimitrios Gounari Street. The arch was built in 298 to 299 CE and dedicated in 303 CE to celebrate the victory of the tetrarch Galerius over the Sassanid Persians and capture of their capital Ctesiphon in 298. The structure was an octopylon (eight-pillared gateway) forming a triple arch that was built of a rubble masonry core faced first with brick and then with marble panels with sculptural relief. The central arched opening was 9.7 m wide and 12.5 m high and the secondary openings on other side were 4.8 m wide and 6.5 m high. The central arch spanned the portion of the Via Egnatia (primary east-west Roman road from Dyrrhacium to Byzantium) that passed through the city as a Decumanus (east-west major street). A road connecting the Rotunda (125m northeast) with the Palace complex (235m southwest) passed through the arch along its long axis. 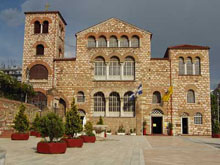 The Church of Saint Demetrius, or Hagios Demetrios (Greek: Άγιος Δημήτριος), is the main sanctuary dedicated to Saint Demetrius, the patron saint of Thessaloniki, dating from a time when it was the second largest city of the Byzantine Empire. The first church on the spot was constructed in the early 4th century AD and a century later, a prefect named Leontios replaced the small oratory with a larger, three-aisled basilica. Repeatedly gutted by fires, the church eventually was reconstructed as a five-aisled basilica in 629–634. The church had an unusual shrine called the ciborium, a hexagonal, roofed structure at one side of the nave. It was made of or covered with silver. The structure had doors and inside was a couch or bed. Unusually, it did not hold any physical relics of the saint. The ciborium seems to have been a symbolic tomb. It was rebuilt at least once.
Magnificent mosaics of the shrine, recorded as covering the church interior, were lost either during the four centuries when it functioned as a mosque (1493–1912) or in the Great Thessaloniki Fire of 1917 that destroyed much of the city. It also destroyed the roof and upper walls of the church. Following the Great Fire of 1917, it took decades to restore the church. Archeological excavations conducted in the 1930s and 1940s revealed interesting artifacts that may be seen in a museum situated inside the church's crypt. The excavations also uncovered the ruins of a Roman bath, where St. Demetrius was said to have been held prisoner and executed. A Roman well was also discovered. Scholars believe this is where soldiers dropped the body of St. Demetrius after his execution. After restoration, the church was reconsecrated in 1949. 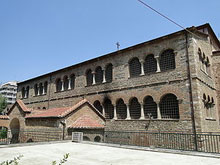 The Church of the Acheiropoietos (Greek: [Παναγία] Ἀχειροποίητος) is a 5th-century Byzantine church in the northern Greek city of Thessaloniki. It is located in the city's centre, at Agias Sofias street opposite Makedonomachon square. 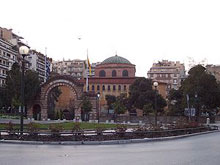 As far back as the 3rd century, there was a church in the location of the current Hagia Sophia. In the 8th century, the present structure was erected, based on the Hagia Sophia in Constantinople (present-day Istanbul, Turkey). In 1205, when the Fourth Crusade captured the city, the Hagia Sophia was converted into the cathedral of Thessaloniki, which it remained after the city was returned to the Byzantine Empire in 1246. After the capture of Thessaloniki by the Ottoman Sultan Murad II on 29 March 1430, the church was converted into a mosque. 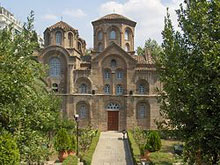 The Church of Panagia Chalkeon (Greek: Παναγία τῶν Χαλκέων) is an 11th-century Byzantine church in the city of Thessaloniki. The church is located at Dikastirion Square, north of the Via Egnatia at the point where it crosses the Aristotelous Avenue, which leads to the Aristotelous Square. The archaeological site of the city's Roman forum is located northeast, while its name, which translates as "the Virgin of the Copper-smiths", derives from its proximity to the area traditionally occupied by the city's coppersmiths. 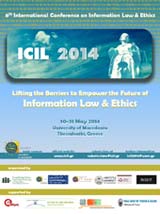