Psychological and socio-political dynamics within the Web:
new and old challenges to Information Law and Ethics

Very Close (around 100 mts.on the right ) to S. Anselm you will have the Rome Orange Garden. The panorama it displays is one of the most beautiful in Rome, and the garden is a lovely one, especially in summer.

Social media are playing an increasing importance in people everyday use of the Internet. They facilitate the creation and sharing of information, ideas, career interests and other forms of expression via virtual communities and networks such as Twitter of Facebook. On the other hand social media are carriers of a range of positive and negative impacts of social media use. Social media can help to improve individuals’ sense of connectedness with real or online communities, and social media can be an effective communication (or marketing) tool for corporations, entrepreneurs, nonprofit organizations, including advocacy groups and political parties and governments.

At the same time, concerns have been raised about possible links between heavy social media use and depression, and even the issues of cyberbullying, online harassment and “trolling”. Moreover, political uses of social media have been questioned: The New York Times (Rosenberg and al., 2018) and The Guardian (Adams, 2018) recently reported on the Facebook and Cambridge Analytica data breach, in which the company used for political purposes personal information acquired about Facebook users, by an external researcher who claimed to be collecting it for academic purposes. The personal data of about 50 million Facebook users were acquired via the 270,000 Facebook users who explicitly chose to share their data with the app “thisisyourdigitallife”. By giving this third-party app permission to acquire their data, back in 2015, this also gave the app access to information on the user’s friends network; this resulted in the data of about 50 million users, the majority of whom had not explicitly given Cambridge Analytica permission to access their data, being collected (Dwoskin and Romm, 2018). The app developer breached Facebook’s terms of service by giving the data to Cambridge Analytica (Roose, 2018). 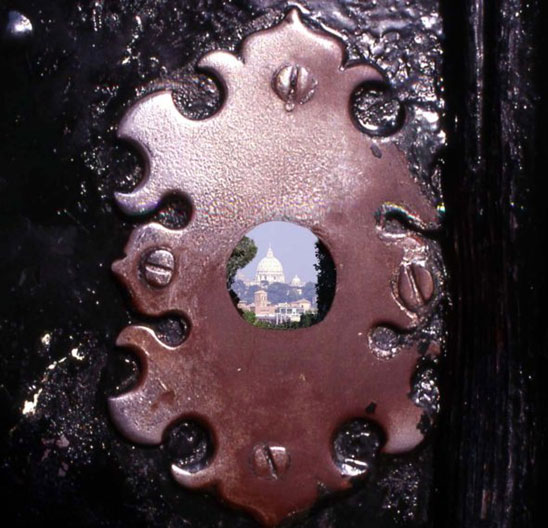 The famous SMOM door lock - a popular tourist destination especially for Americans. The particularity of this lock is that when you look through that, you will not only see the Holy Seat, but your sight will pass through three nations: Italy, Vatican and Malta. The place is located just in front of our S. Anselm venue (5 meters)

Moreover, health professionals and researchers around the world noticed that excessive use of digital technology, like social media, by (not only) adolescents can cause disruptions in their physical and mental health, such as mood disturbances (Best, Manktelow and Taylor, 2014), Facebook addiction disorder (Brailovskaia and Margraf, 2017), in sleeping patterns, their weight and levels of exercise and notably in their school performance. Research has continued to demonstrate that long hours spent on mobile devices have shown a positive relationship with an increase in teenagers’ BMI and a lack of physical activity (Ferguson, and al., 2012). Moreover, excessive internet usage has been linked to lower grades compared to users who don’t spend an excessive amount of time online, even with a control over age, gender, race, parent education and personal contentment factors that may affect the study (Kim and al., 2017).

These phenomena are not new in the history of the Web, neither in the history of mass-media (Poster, 2006); they are chameleonic problems that re-emerge in new forms as long as the web dynamically changes together the way in which society shifts the way to use the Web and therefore they provide old and new challenges for Information Law and Ethics.

We also welcome papers on intellectual property, data protection, freedom of information, individual rights and information, privacy, cyberbullism, online harassment, trolling, cyberlaw and cyberethics, media law and ethics, digital divide and information technology, e-government, surveillance, intellectual freedom, open access, digital divide and other. We are also particularly interested in papers on the historical development of information laws and ethical theory and we would also consider papers dealing with the social, political or psychological aspects of information. Papers on cognate topics are welcomed too.